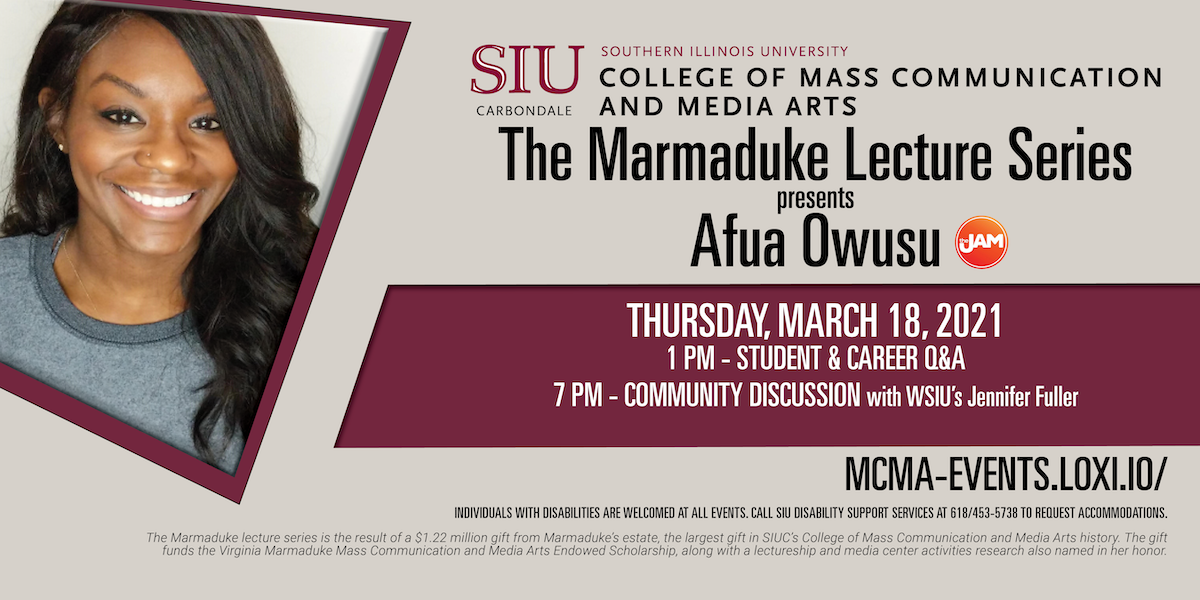 This discussion will be led by WSIU’s Jennifer Fuller. The two SIU alumni will discuss media, news, entertainment and where these forms of media meet and sometimes clash.